How To Fix or Replace a Worn Out Shower Bracket

Over the years we have learnt a few tips and tricks that we let our customers know about how to fix their worn out shower bracket and give it a little bit longer of a lease on life.

Did you know that inside the actual shower cradle there usually is a small screw that you can use to tighten the holder? When you tighten this screw, it strengthens the hold on the the movable portion of the shower cradle - which allows the hand held shower head to stand at an angle without any issues. 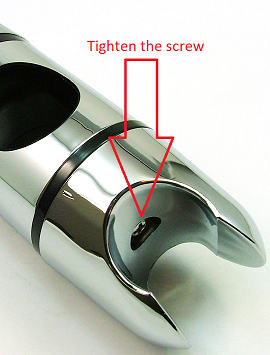 Sometimes worn out shower head cradles are just too far gone and they need to be replaced. Thankfully these days it's very easy to replace a hand held shower head cradle without any special tools or the need for a plumber. Also we have a lot of options as well when replacing the cradle. 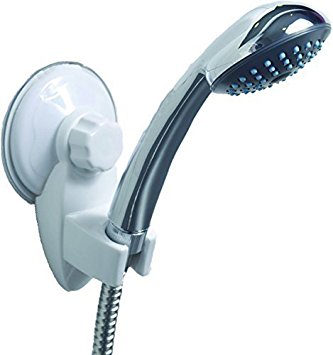 These little babies are probably the easiest to install. You just clean part of the tiles where you are going to install the suction cup cradle and then place the suction cup onto the tile and press a leaver to stick it to the tile. Then you can put the hand held shower head into the cradle section. We don't recommend these though, they seem like a good idea - but the suction probably won't be strong enough to hold a hand held shower filter and even if they do - you will need to continue to restick it time and time again. 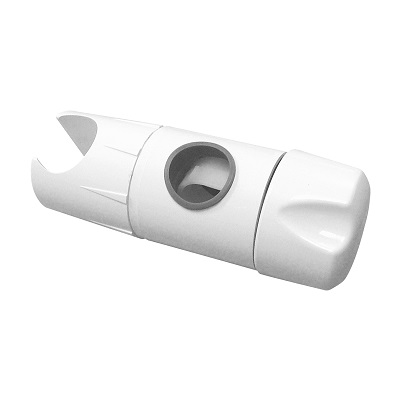 If you want the most professional look - then this is the option for you. You need to contact your original shower manufacturer and get a new cradle as a replacement part for your particular shower. This option is a difficult one though, because to take the old shower cradle off and put the new one on - you will need to remove the shower riser bar from the shower and that will require that you use some tools (which tools depends on your shower type). Once the shower riser bar is off, you can remove the old shower cradle by sliding it off one side of the shower bar and slide the new one on.

This is our most preferred option when it comes to replacing a warn out hand held shower head cradle, it's fast, cheap, looks good and is really effective. The only down side is that you will retain the old warn out shower cradle on the shower riser bar still - which might not look as aesthetically pleasing as having only one shower cradle on the bar.

With this option, you just push onto the shower bar riser the new universal shower holder cradle and then tighten the hand wheel of the unit -this will move the gripping mechanism that will grip the holder onto the rail. Then it's just a matter of popping the hand held shower filter into the cradle and angling it to a position which suits you. Here are some visual instructions: