Does A Shower Filter Work In Hot Water?

Customers sometimes ask us about using a shower filter in hot water, so we thought we'd write this blog post to explain why the answer is, YES! 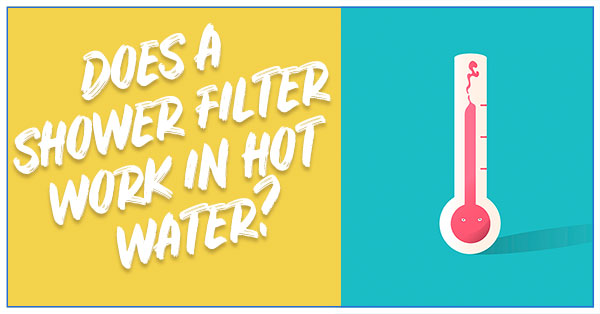 Here's the first thing, most people don't take cold showers! Unless it's part of their health routine or some kind of method for tightening their skin and pores, most people in this world usually enjoy a nice hot shower (especially during a cold morning!). So if the default setting for a shower is going to be hot, then you can be sure that shower filter manufacturers have already know this and have taken this into consideration when they are developing their shower heads with water filters or in line shower filters.

On the face of it, that sounds simple enough, but just like anything - when you dig a little deeper, that is when you really get to know the true story. So let's do some digging! Yes it is true that GAC does break down at high temperatures, but what we need to think about is, what temperature constitutes 'hot'? The first point to make is, what temperature does a shower actually go to? If we take a look at this Wikipedia article, we can see that at temperatures from 38 degrees C, then skin will start to scald. Therefore we can safely say that nobody will shower in temperatures over 38 degrees!

The temperature which GAC starts to slough out the contaminants that it has filtered out is around 60 degrees C, so it's simple to see that using GAC as a shower filter medium actually is perfectly OK because a shower will never reach 60C.

Hope that clears that up! If you're looking for a great shower filter which will work really well in your shower and remove lots of contaminants that are unhealthy for you and your family, such as; chlorine, heavy metals, bacteria, algae, THMs, hard water particles and make your water feel softer - and also work really well in hot water! Then we recommend our most popular product, the Paragon Luxury Hand-Held Shower Filter Head.

If you have any other questions, please do not hesitate to ask us by emailing us at info@pureshowers.com

Have a great day!