In this article we're going to discuss how to fix any leaks we might have in our existing shower filters or shower head filters and what we should do when we're installing a new shower filter to make sure that we don't get any leaks. 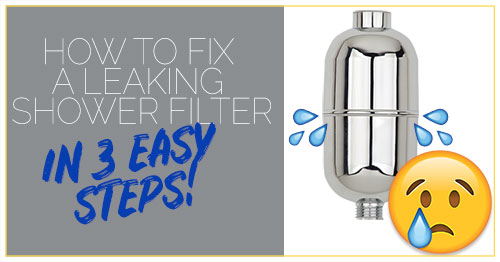 So you've got your new shower filter and you're ready to install it and start showering in crystal clear, healthy filtered water, congrats! There are basically three types of shower filters:

1) Hand Held Shower Filters - these types of shower filters are really easy to install and they just fit onto your existing shower hose. So you just basically remove the existing shower head from the metal (usually) hose and screw this one on.

Here are some examples of some hand held shower filters:

2) In Line Shower Filters - this type of shower filter is also quite easy to install, but with this one, you have to install it either between where your shower hose meets the shower water pipe or between your fixed shower pipe (which might come from the wall or from the ceiling) and the fixed shower head.

Here are some examples of in line shower filters and fixed shower head filters and how they can be installed:

This also is the easiest to fix! So if you've got this type of leak, then lucky you - you can fix it really easily.

Here's a picture of some plumbers tape which you can just buy at any supermarket: 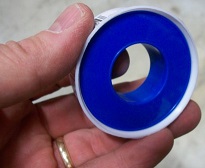 And here's a small video on youtube about how to use plumbers tape:

This one usually only happens with in line shower filters or fixed head shower filters, so if you've got a hand held shower filter, then you probably won't have this problem.
Sometimes when you're installing a new shower filter and it leaks at the joint and you have already used plumbers tape around the male threads of the join, yet it is still leaking - then it might be that the pipe is not going deep enough into the cavity of the shower filter to create a tight fit.

In this case, all you need to do is add an extra one or two washers inside the cavity of the shower filter before screwing it onto the shower pipe. 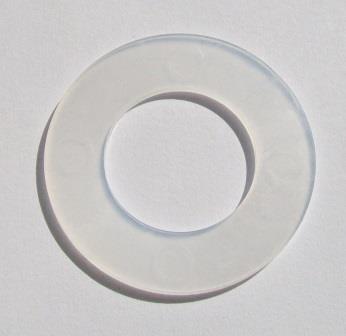 Inside every shower filter where there are two joins, there also will be a little rubber gasket that will make sure that no water leaks from the two joins.

Sometimes during transport these gaskets can move out of place. So when you install your shower filter, water might leak out of the join and then you know for sure you just need to open up the shower filter and reposition the gasket.

For example with the Slim Line Shower Filter, if water is coming out of the middle, then you can easily just open up the shower filter and reposition the gasket like in these pictures:

So there you have it - three easy steps to fix your leaking shower filter. If you are still having trouble after reading this article and need a little more help. Please do not hesitate to just contact us by email or by phone and we'll be more than happy to help you. Even if you don't have one of our shower filters, we've been in the business for over 10 years so we know how to fix any leaking shower filter model!