Why Do I Itch After a Shower?

Customers often email or call us and ask if a shower filter will help them stop feeling itchy after a shower. As we've had so many queries about this we thought we'd go ahead and write an article about why this happens and how a shower filter can help stop that itch. 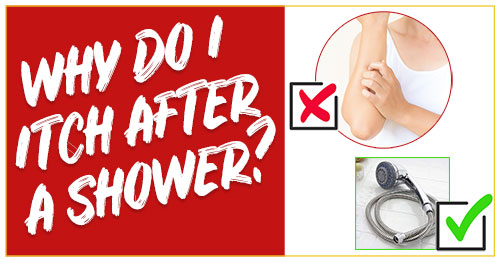 Customers often email or call us and ask if a shower filter will help them stop feeling itchy after a shower. As we've had so many queries about this, we thought we'd go ahead and write an article about why this happens and how a shower filter can help stop that itch.

So, the first thing to understand when looking at why sometimes people get itchy after having a shower is water quality. What's actually inside the water that you're showering in? When looking at water quality there are two main avenues to pursue when you want to know what's actually inside your water. Firstly, what is the water company putting inside the water and secondly what is naturally inside your tap water due to the area you live in and the source of the water supply.

Speaking to the first point, what do water companies put inside our water supplies, the primary culprit that causes iciness after a shower is either chlorine or chloramines. These chemicals are put into our tap water so that as the water travels along the old (sometimes hundreds of years old) pipes, if there is any bacteria or other microorganisms inside the pipes that are picked up and enter the water supply the chlorine / chloramine will kill that bacteria. When you think about it, that's actually a really good thing. Because the water network pipes which our tap water passes through might have breaks here and there and the water could be passing through areas where our water is exposed to soils and other materials (such as leaf litter and rain water run off) which could harbour a great deal of really deadly germs and bacteria. Without chlorine in the water the harmful germs would multiple and if we drink this water then we could become sick. The negative side of this is that this chemical chlorine that kills microorganisms and germs is also a really strong solvent and degreaser that is actually quite harmful to humans too (chlorine gas is actually used as a weapon of war).

So that brings us to the primary reason why you might be very itchy after a shower. If you live close to the source of your water supply you will have high levels of chlorine in your shower water. Chlorine is a very strong chemical which is a solvent and a degreaser. It will strip away the natural oils in your skin. Without these natural oils in your skin your skin gets very dry and flaky. This dryness will lead to itchiness and the itchiness can lead to other conditions such as dermatitis.

Also, the hot water in our shower combined with high levels of chlorine in water creates an environment which exacerbates even further the stripping away of the skin’s natural oil layer. The hot steamy shower opens up the pores in our skin cells and the chlorine in the water works to strip away the oils that are usually retained and produced in the pores on our skin.

All this leaves our skin feeling very dry and malnourished, which is the reason why many of us feel itchy after having a shower.
If we want to alleviate the feeling of itchiness after a shower the easiest thing to do is to get rid of the chlorine and other chemicals in our shower water. And the best way to do that is to filter our shower water with a shower filter.

Shower filters come in two different types; the first type is a shower head which has a water filter cartridge inside it. You just remove your existing fixed shower head or hand held shower head and just replace it with this type of shower filter.

Here’s an example of a fixed type shower filter, it fits directly onto a fixed shower pipe and replaces an existing fixed shower head: 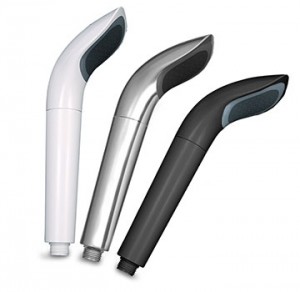 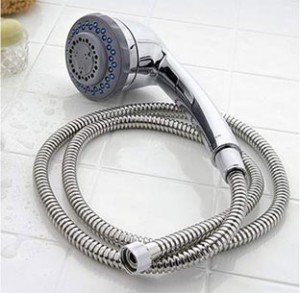 The second type of shower filter is one which you install between your existing shower head and the fixed shower pipe or shower hose.

Here’s an example of a shower filter which fits in between an existing shower head and a fixed shower pipe:

No matter how the shower filter is installed, inside a shower filter there’s always a water filter cartridge. These cartridges work really similar to a drinking water filter and what they do is they filter your shower water so that all the chemicals which water suppliers put into tap water are removed before the water actually touches your skin. That means that you’re showering in only crystal-clear filtered water.

Because the chlorine and other chemicals are filtered from water before it touches your skin, the natural oils in your skin will be maintained and therefore this will stop the itchiness after a shower because it will stop your skin becoming unnaturally dry.