What are Zeolite Shower Filter Balls? And How Do They Work?

What are Zeolite Shower Filter Balls? And How Do They Work? 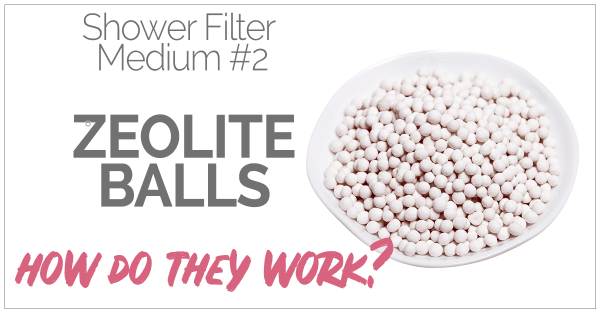 Continuing on with our series of blog posts about the latest trend in shower filter mediums today we're going to discuss Zeolite Balls. What are they? What do they do? How effective are they at filtering shower water?

What Exactly is Zeolite?

Zeolites are naturally occurring minerals found within the earth and they can also be produced on an industrial scale to replicate the properties of zeolite stones found naturally. According to wikipedia: Zeolites are microporous, aluminosilicate minerals commonly used as commercial absorbents and catalysts. They have an extremely porous structure and are members of a family of microporous solids known as "molecular sieves". Their composition makes them an ideal medium to filter water from a molecular level.

Where Are Zeolites Used In Water Filtration?

Zeolites have been used in water filtration since around the 1970s. These days they can be found in a whole heap of water filters, ranging from pool water filters, whole house water softeners and even in mega industries like oil companies which convert oil production water back into reusable irrigation water with Zeolite filtration. There are even Zeolite water filter products to filter aquarium water.

The major component of the majority of water softening systems is actually Zeolite. In the typical water softener zeolite is used with sodium, as water passes through a zeolite and sodium filter the calcium and magnesium ions which make up the hard particles in the water, are exchanged with the sodium ions and are caught in the zeolite.

Zeolites have also been used successfully to reduce fluoride in water as documented in this study.

What Do Zeolites Filter Out?

The Zeolite balls that are used in shower filters are a combination of natural zeolites and multi-functional ceramics baked at extremely high temperatures to create a shower filter medium that is extremely porous. Because of the microporous and purification properties of zeolite filter balls as water passes through them they have the amazing ability to absorb and filter out a large range of impurities, these include: